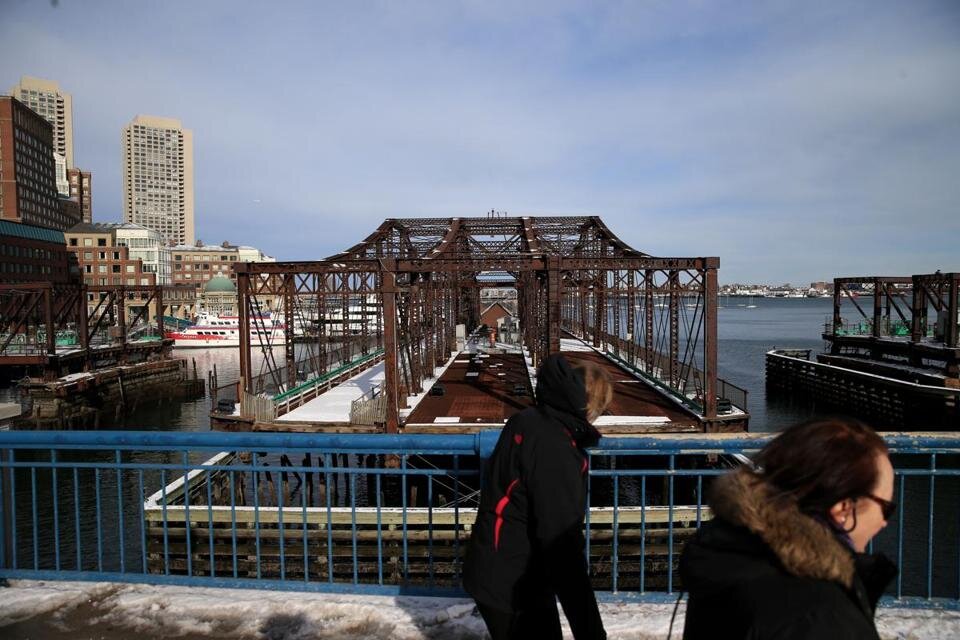 #BostonRedevelopment #BostonRealEstateBoston's Mayor MartyWalsh is asking for ideas for restoring the city's 1908 Northern Avenue bridge. Today's issue of the Boston Globe reports that options include building an entirely new bridge in its place;restoring a portion of the current bridge; or restoring and raising the entire current bridge.Boston's Northern Avenuebridge began as a route forsteam trains to haul wool and fish from the wharves. The Coast Guard warned that it was in danger of collapse, according to the Boston Globe article. It has been closed even to pedestrians since 2014, but there are those who'd like to see it re-opened foron-foot travelers:

"The thought of raising the bridge or building a higher-level span bothers pedestrian advocates, whod prefer the keep the at-grade crossing. Any option would be expensive; just dismantling the current bridge and floating it out of Fort Point Channel would cost around $15 million."

Read the Boston Globe's Honor Boston's Past by Restoring the Northern Avenue Bridge.A recent press release from theBoston Redevelopment Authority (BRA) announces that the sitewww.NorthernAveBridge.orghas been created to host the exchange of ideas. The Ideas Competition will be formally launched March 21. The BRAis coordinating this effort togetherwith the Boston Society of Architects (BSA) and several City of Boston departments:

"This ideas competition fosters two essential requirements for planning and implementing the best direction forward for the bridge," said 2016 BSA president, Tamara Roy, AIA. "A public process that allows alternatives to be proposed and evaluated, and a commitment to superb design so that bold forms and engaging spaces can bring this corner of the city to life."

If you have questions about buying or selling Boston real estate, please get in touch!Call me at617-584-9790, or send me an email using the blue Questions? button below. I'd look forward to hearing from you.