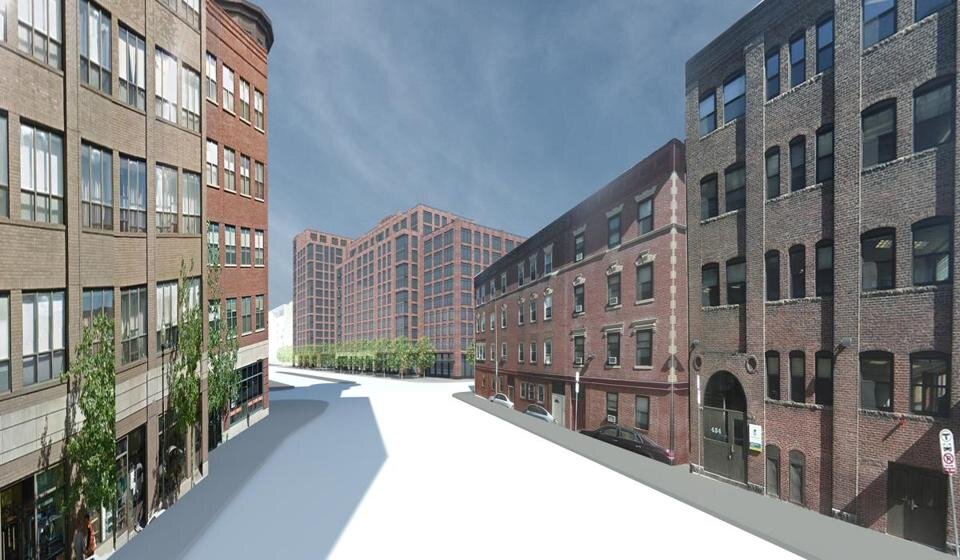 #BostonRedevelopment #SouthEndCondosIn addition to numerous new and in-the-worksresidences in Boston's South End, another 105 condos and 175 rentals have been proposed for this neighborhood.The Boston Globe reports that developer Related Beal has proposed such a project for the site of the Ho Kong Bean Sprout Company and the former Quinzani's Bakery.Related Beal reportedly purchased the approximately one acre site for $28 million in late 2015. The 14-story building proposal includes ground level retail space and underground parking in addition to rental and condominium residences.Readthe entire Boston Globe article.Bostons South End neighborhoodis remarkablefor its charming,tree lined streets that are home to manybeautiful historic brownstone row houses. The neighborhood also features a variety of large and smallgarden parks. In addition to the many renovated modernized luxury brownstones, agreat selection of newer luxury condo buildings has been growing in the South End. The Harrison-Albany corridor, however, has seen the greatestsaturation of proposals in a short period of time. Some of these have been for luxury condos, whilemany have been for apartment buildings.The project that Related Beal is proposing would be next to the new Ink Block residencesof 3 apartment buildings and 2 condo buildings (one of which is still being built). An approximately 600-unit apartment building is under construction across from the former Quinzani site. Directly behind the Quinzani site is the new Troy apartment complex, consisting of a 10 story and a 19 story residential building. A few blocks south at the corner of Harrison and Malden Streets, another 160 apartment units are under construction. A few blocks further down, two apartments buildings with a combined 710 units have been proposed for the block between E. Canton and E. Dedham on the Harrison-Albany corridor.Are you thinking about where to live in Boston? Here's an overview of Boston by neighborhood.If youhavequestions about buying or selling Boston real estate, please call me at