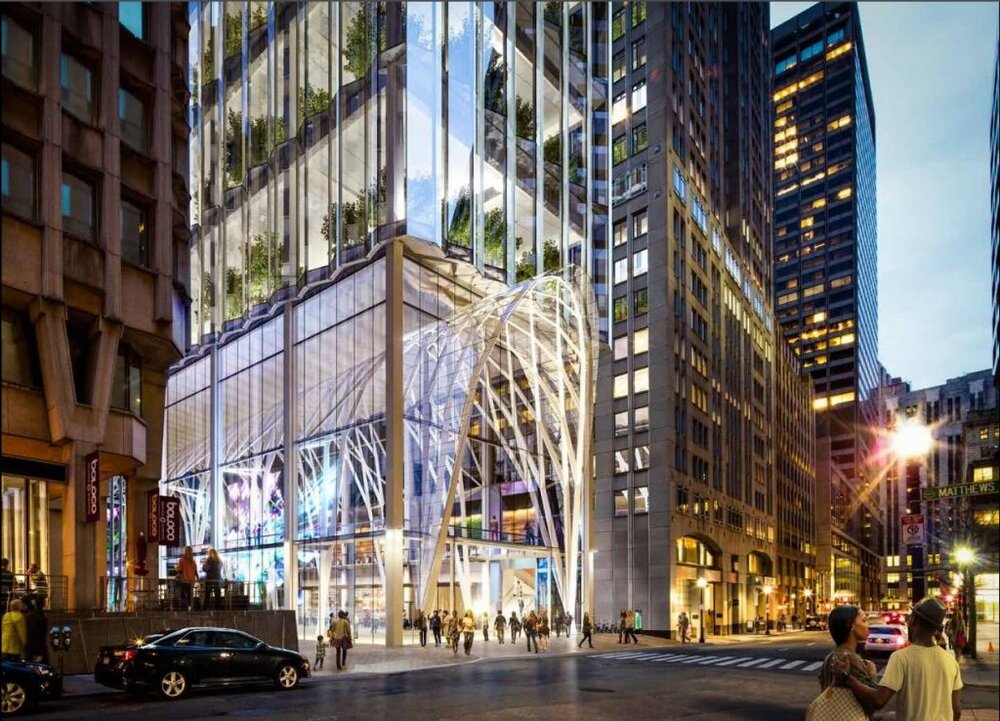 #BostonRedevelopment #BostonRealEstateOf the six prominent real estate developers proposingto redevelop Boston's Winthrop Square Garage, a plan by New York-based developer Millennium Partners hasmade the greatest impression on the Boston Redevelopment Authority (BRA). The BRA is ready to begin negotiating financial terms with Millennium Partners for a tower with condos and office space, according to the Boston Globe.Millennium Partners are the same folks who brought Bostonthe newly completed Millennium Tower luxury condo building in Downtown Crossing, as well as the nearby Millennium Place luxury condo building.In addition to Millennium offering more than anyone else($151 million) for the property, the BRA reportedly also loves the design:

The BRA was also impressed with the buildings architecture, its mix of uses, and its hearty public realm, among other factors, said the agencys director, Brian Golden.We are eager to see this site serve as a hub for arts, culture, housing and innovation, Golden said in a statement.

A charge of a state lawviolation regarding the property must be ruled on before any construction could begin.Read the Boston Globe's Millennium Partners Tapped By City to Build Tower at Winthrop Square.Do you have questions about buying or selling homes in the Boston real estate market? If you have any questions at all, please all meat