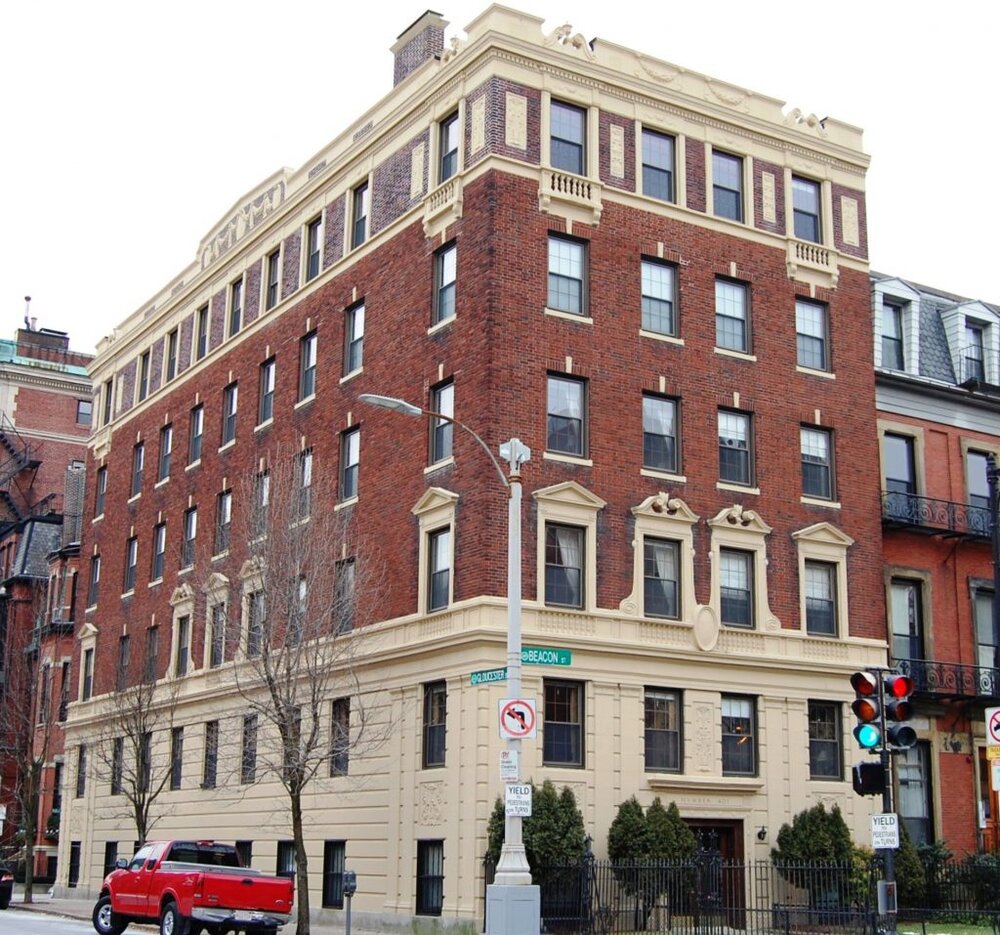 "401 Beacon was designed by Eisenberg and Feer, architects, and built in 1927 as a five-unit apartment house, for William I. Schell, trustee of the Schell Realty Trust. He is shown as the owner on the original building permit, dated April 21, 1927....William Schell had acquired the property on April 15, 1927. That same month, he applied for (and subsequently received) permission to raze the existing townhouse.On February 1, 1933, the Institution for Savings in Roxbury and its Vicinity foreclosed on its mortgage to William Schell and took possession of 401 Beacon..."

Read more about the building's history at Back Bay Houses.The new condos will have direct elevator access, and the building will probably include a garage.The work is being done by PEG Properties. PEG is owned and operated byElizabeth and Peter Georgantas who have restored dozens of historic properties around Boston and Nantucket.Curbed Boston reports that the building's 6,300+ square foot penthouse duplex, asking $14,200,000, has already gone under agreement.Read Curbed Boston's Back Bay's 401 Beacon Street Conversion Underway.If youhavequestions about buying or selling Boston real estate, please call me at