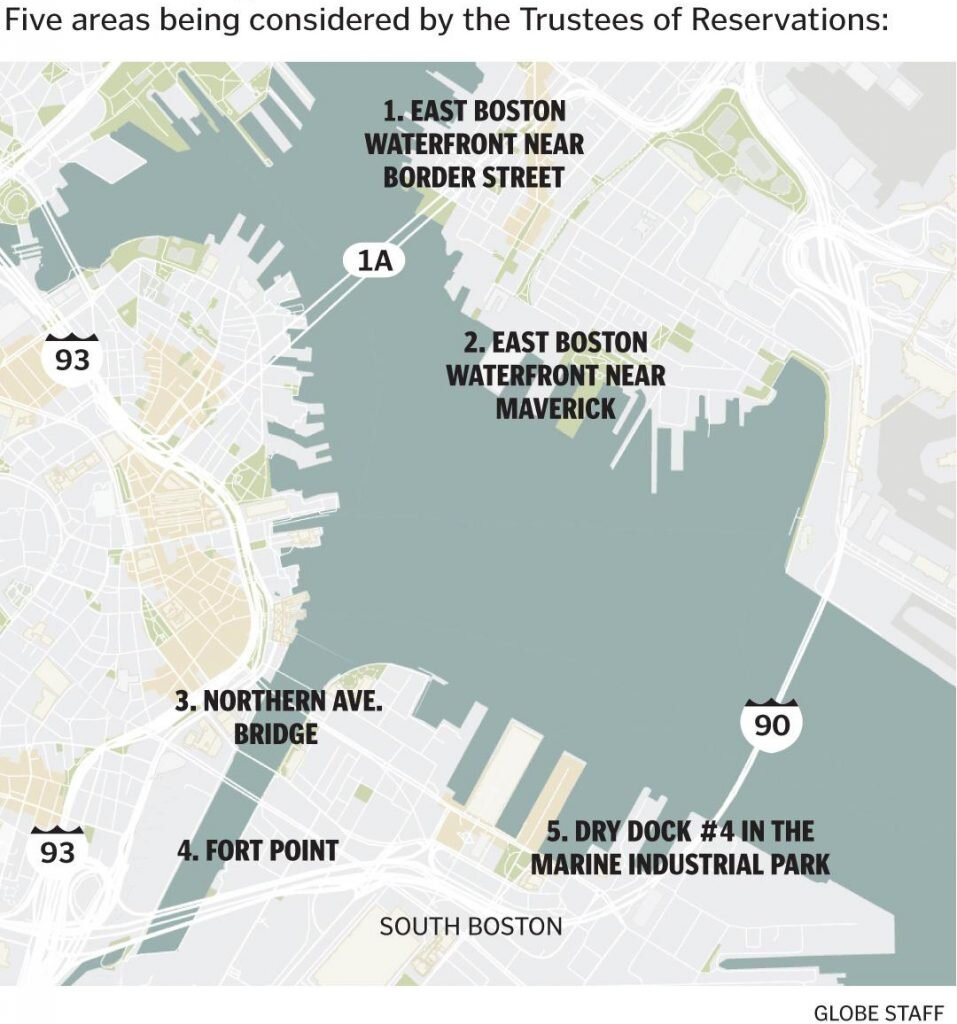 Several of the nation's leading landscape architects have been hired by the Trustees of the Reservations to design a "jaw-dropping" Boston Harbor area park, according to a Boston Globe article.This would be the Trustees first major property in Boston; until recently it has focused primarily on other areas of Massachusetts. Five potential locations have been selected for consideration.The Trustees of the Reservations has a long history of owning and managing beaches, parklands, and forests in other MA towns, but Trustees' chief executive Barbara Erickson sees a real need in Boston:

Were a great land owner and land manager, but what we lacked is really jaw-dropping landscapes that are publicly accessible in Boston, Erickson said. And we realize the Seaport was lacking some iconic spaces.

The Trustees' most recent programs inBoston have beentaking over management of 55 City of Boston community gardens, and partnering with the Boston Public Market to open The KITCHEN, a 3,200 square foot, state-of-the-art demonstration and teaching kitchen.Read the Boston Globe's Dreams of a Common on the Waterfront. If youhavequestions about buying or selling Boston real estate, please call me at