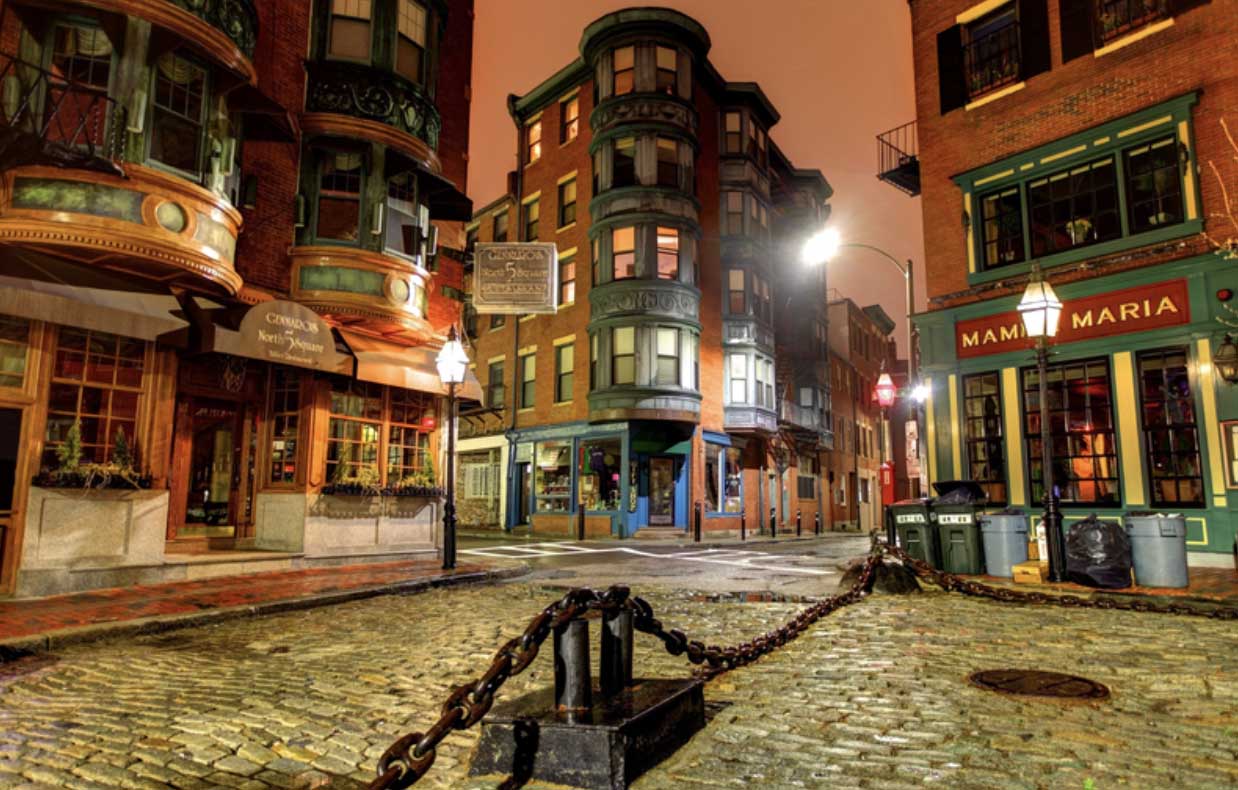 Boston's North End still has a traditional old Italian-European vibe to it. Not only are there loads of well-loved restaurants, but there are many old-school meat, produce, and cheese shops, making it a gastronome's delight. Positioned at the very northern tip of downtown Boston, the North End is surrounded by waterfront.

On the eastern side are historic wharves that have become residential, including Battery Wharf, a newly constructed luxury condominium project, and several older ones. At the Southwestern edge of the neighborhood is the Rose Kennedy Greenway, a beautiful linear park brimming with landscaped gardens, art, fountains, a carousel, food trucks, and open air beer and wine gardens.

North End real estate is characterized by brick rowhouses, many of which have been converted into condominiums. Unlike the South End and Back Bay rowhouses, these were not originally created as single family houses. They were mostly first constructed in the late 18th and early 19th century as apartments, and later converted into condos.

The North End is reachable by the Orange Line and Green Line North Station and Haymarket stops. There's an exit off I-93 that gets you right into the North End as well. It is just a few minutes by car to Logan Airport, Route 1, I-93, and I-95. And it's an easy walk to the financial district, the waterfront, and The Boston Garden.

If the North End sounds like a neighborhood you might like to consider living in, here's where you can conduct searches for North End single family homes or for condos for sale.

If you have any questions about buying or selling Boston area real estate, please feel free to get in touch! I'd love to hear from you. I'm reachable at 617-584-9790 and joe.wolvek@bostonrealtyweb.com.